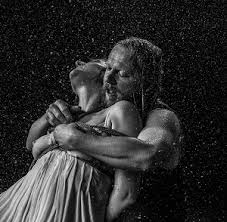 Barkas is a bondage educator, performance artist, and writer. He is a licensed Osada Ryu and Yukimura Ryu instructor, and his contributions to the bondage narrative include the development of Ranboo and the Interview Metaphor.

Originally from Vienna and now residing in Vancouver, he is the cofounder and caretaker of TheSpace2. In addition to ongoing teaching locally, he continues to travel, perform, and give workshops internationally; some highlights include Shibaricon (‘14 & ‘15 & ’16) in Chicago, Moscow Knot, Kannawa Kai in Tokyo, West Coast Bound in Vancouver, FIRE in Orlando, Bondage Expo Denver, Place des Cordes in Paris, and EURIX (’14 & ’18).

Addie has been practicing rope for several years now. She enjoys tying, being tied, and self-tying, as well as performing and educating. Her teaching is informed by her professional background as a nurse, mixed with a wicked sense of humour and the goal of providing impactful, practical, and adaptable techniques and information for the wide variety of individuals who enjoy rope. Addie has spent the last three years teaching around the globe with her partner Barkas, providing information from and for the person being tied. Together, they opened and co-run TheSpace2 in Vancouver, a venue dedicated to the exploration of rope bondage and its contexts and expressions.

We use cookies on our website to give you the most relevant experience by remembering your preferences and repeat visits. By clicking “Accept All”, you consent to the use of ALL the cookies. However, you may visit "Cookie Settings" to provide a controlled consent.
Cookie SettingsAccept All
Manage consent

This website uses cookies to improve your experience while you navigate through the website. Out of these, the cookies that are categorized as necessary are stored on your browser as they are essential for the working of basic functionalities of the website. We also use third-party cookies that help us analyze and understand how you use this website. These cookies will be stored in your browser only with your consent. You also have the option to opt-out of these cookies. But opting out of some of these cookies may affect your browsing experience.
Necessary Always Enabled

Performance cookies are used to understand and analyze the key performance indexes of the website which helps in delivering a better user experience for the visitors.

Analytical cookies are used to understand how visitors interact with the website. These cookies help provide information on metrics the number of visitors, bounce rate, traffic source, etc.

Advertisement cookies are used to provide visitors with relevant ads and marketing campaigns. These cookies track visitors across websites and collect information to provide customized ads.

Other uncategorized cookies are those that are being analyzed and have not been classified into a category as yet.

We will be be sold out in the next days.

Last chance to get a ticket.